Share a memory
Obituary & Services
Tribute Wall
Read more about the life story of Mary and share your memories in the Tribute Book.

“Sometimes only one person is missing, and yet the whole world seems empty.”

Mary I. Charbonneau, died peacefully Saturday, November 19th at her home in Pittsfield MA where she lived with her son, Philip and his wife, Helen.  She was 84.

Mary was born and raised in Milford. She was the daughter of Arthur and Lorena (Antelli) Moore.  Her younger brother, Patrick, predeceased her in 2017.

A 1956 graduate of Milford High School, she was a member of the cheerleading squad and Future Nurses Club and was class vice-president in her senior year.  Her first job was working at the candy counter of W.T. Grants on Main Street.

After graduation from St. Vincent’s Nursing School 1959 she was working there as an RN when a co-worker Jeanne (LaPlante) Charbonneau invited her to go on a double date with her husband, Don, and his younger brother who was on leave from the US Air Force.  On June 1st, 1963 she met the love of her life, Richard.  They were married in April, 1964.  They lived together for 40 years on Parker Hill before Richard’s sudden passing in 2005.

During their time together she worked at Milford Hospital, as a private practice nurse to Dr. A.W. Farrell, at Hopedale Gardens, and at the Milford Geriatric Authority before retiring in 2003.   A nurse known for her compassion and dedication, she treated all of her patients with genuine care and dignity.  She would always ask herself, “how would I like to be treated if it was me in that bed?”  To think of her as just a care-giver is to underestimate her heart.

Never quite the same after Richie’s passing in 2005 and both of her parents in 2006, she maintained the house on Parker Hill until 2015 when she moved to Birmingham Court. In 2018 her son and daughter-in-law retired and the three of them moved to the Berkshires.

Her best days were filled with laughter and lots of conversation.  She would always lend a sympathetic ear and offered loving advice; especially to her cherished friends, Mary, Carol, Josephine, and Anita.  Multiple bouts of cancer since 2014 made those days all the more precious as they became fewer and grew further apart.

In addition to Philip and Helen, Mary is survived by her sister-in-law, Veronica (Tamagni) Moore, and her niece, Michelle (Moore) Sgammato of Milford.  Her nephew, Sean Moore, predeceased her in 2018.  She has four nephews David, Eric, and Kenneth Charbonneau who along with their families reside in Massachusetts, and Kevin Charbonneau and his children in California.

Mary also has several surviving cousins on both of the Moore and Antelli sides of her family.

In lieu of flowers, memorial donations in her honor may be made to the American Heart Association, Dana Faber Cancer Centers, or the M.S.P.C.A.

To send flowers to the family or plant a tree in memory of Mary I. (Moore) Charbonneau, please visit our floral store. 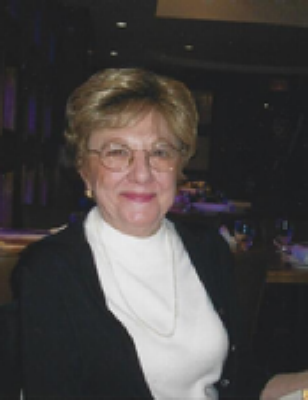 Family and friends are coming together online to create a special keepsake. Every memory left on the online obituary will be automatically included in the book.